The protest by the students of AIL, Mohali which started on 15th October has now entered its 5th day. In the earlier report, we mentioned about the chain of events which led to the protest up to 16th of October.

The next morning of 17th October 2019 saw the protest continue as the students prepared to meet the Chairman, Major General M. L. Aswal.

The chairman, in the audience with the students, amidst drama related to the venue of the discussion, talked at length about family values and the importance of friends in college. The students were asked to one by one climb the stage and explain their opinion of the scenario and voice their concern, all 292 students were asked to do this. As opposed to the earlier idea wherein 8 students would voice one demand each.

A student explaining the need for a student representation was cut short by the chairman with the comment, ‘got the point’. Amidst walkouts and discouragement, the hours-long discussions led to a conclusion where 4 students were to explain their demands to the authorities the next day.

The Chairman and the Officer-in-Charge came to meet with the four elected student representatives at around 1200 hours. At the end of the meeting, almost every demand was either denied or was ‘kept under consideration’. The students of the Army Institute of Law, Mohali went on a peaceful non-cooperation and indefinite strike until their demands are accepted by the authorities.

There have been reports of unhygienic and overpriced mess food, sub-par faculty and opaque appointment procedure, overly strict and unnecessary code of conduct which bans in campus movement after 11 pm, etc.

Click here to read the Code of Conduct for students at AIL Mohali.

The students have also claimed that the wardens of the hostels abuse their power by verbal sermons like “not allowed” to fall ill at night, moral policing, questioning the character of students, among various other issues.

A joint petition was sent to the Western Command and Army Welfare and Education Society, New Delhi by registered post. These authorities have not responded until now.

Meanwhile, over 300 students are sitting peacefully in the open area while the reports of the Registrar leaving from the back door have surfaced.

The students are facing backlash from the authorities and were attempted to be wrongfully confined at 9.30 pm on the 15th of October.

Given below is the chain of events to date:

04.10.2019: A joint petition was sent to named dignitaries in Western Command and AWES, New Delhi by a registered post.

Intervening period: Inspite of having received the Joint Letter the minutes of the subsequent meetings inside the closed administrative doors have been withheld from seeing the light of the day.

15.10.2019: The joint petition, accompanied by a consolidated response to a google form, narrating ‘heart-wrenching incidents of personal harassment’ has not been responded to.

The student community at AIL unequivocally voiced the need for a ‘non-cooperation and strike until all the eight demands’ are met with.

16.10.2019, Morning– (12 hours later): The students spent the entire night out, while the Registrar left from the back door to sleep in the comfort of the guest house. The students at AIL stand strong, awaiting redressal.

The students have released a press note outlining all their issues with the current system and the reasons for the strike.

Take a look at the situation going on at the college.

[WARNING: Some images relating to hygiene may be disturbing to some people]. 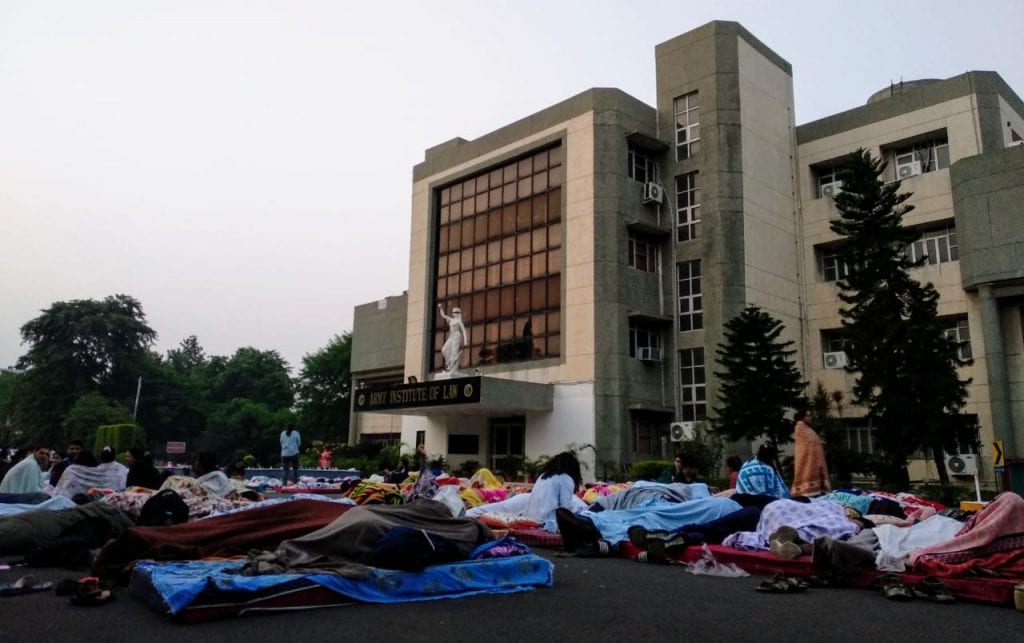 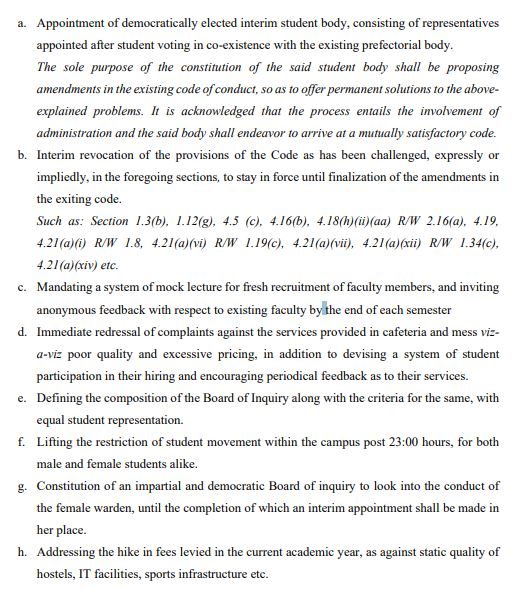