Earlier in April this year, the U.S. Navy Seventh Fleet passaged Indian waters, accusing India of ‘excessive maritime claims’. Despite the presence of UNCLOS, the United States tends to present itself as the high cop. Ankita Ravikumar dives deep into the conflict, the role of UNCLOS and the reasons for repeated  interventions by the U.S. It further said that the same was a ‘routine and regular’ Freedom of Navigation Operations (FONOPs) and have been done even in the past. Therefore, there was no point reading much into it ‘politically’.

Following the incident, the Ministry of External Affairs had issued a response, indicating India’s concerns, regarding the passage of the U.S. Navy, through ‘diplomatic channels’

The reactions to the U.S. intervention were soon mitigated in the name of diplomacy. But considering that the press statement challenged India’s ‘excessive maritime claims’ citing ‘international law’, the sea is not all that calm.

The ‘international law’ that the U.S. Navy Commander referred to is the United Nations Conference on Law of the Seas (UNCLOS). India ratified the Convention in 1994.

What’s unusual about this entire incident is the Seventh fleet’s Commander’s convenient interpretation of the said Convention. Additionally, the claim raised by U.S. Navy puts India in the same boat as China. However, China is way more ‘excessive and aggressive’ compared to India. For instance, only recently China made several aggressive manoeuvres that were ‘excessive’ in the true sense. Therefore, the surveilling interruption by the U.S. was exaggerated by all means.

The article will visit the past, including the South China Sea Arbitration, which also serves as the backdrop for United States’ current anxiety. It will then navigate the present dispute, explaining the interventionist approach of the U.S. as it tries to police other nations.

The Past: From South China Sea Arbitration to ‘Excessive Maritime Claims’

The South China Sea Arbitration of 2016 is essential to understand the recent instance. This case is significant also to analyse the provisions of UNCLOS in the following context: a.) the U.S. Navy’s ‘excessive maritime claims’ statement; and b.) the status of UNCLOS in light of non-conforming States like China.

The case is based on the multiple overlapping claims over the South China Sea. The matter involved the Republic of the Philippines and the People’s Republic of China. Both States claimed sovereign or historic rights over islands (their subsoil, seabed) and their adjacent zones in the Sea.

In the context of ‘excessive maritime claims’, the primary issue was China’s Nine-Dash Line (covering 1.3 million square miles) and the historic claims associated with it.

Philippines argued that any claims based on China’s Nine-Dash Line were contrary to UNCLOS, and any maritime entitlements of China would be strictly subject to UNCLOS.

China objected to these arguments by challenging the Tribunal’s intervention, claiming historic rights over the South China Sea. Notably, China chose not to elaborate on these ‘historic claims’.

China asserted that the underlying dispute was of ‘sea boundary delimitation’. Hence, it contended that under Article 298 of UNCLOS[1], which offered ‘optional exceptions’, the Tribunal couldn’t intervene due to the China Declaration, 2006.

Additionally, China claimed that the arbitration was initiated to ‘deny China’s territorial sovereignty and maritime rights and interests in the South China Sea’. And the same was a violation of international law.

The Tribunal held that China’s claims were not limited to deciding sovereignty but ‘claimed a constellation of historic rights’. Therefore, the dispute was consistent with UNCLOS and not exempted under Article 298.[2]

The Tribunal also held that deciding on a State’s entitlement from maritime features is different from delimitation of marine zones. Thus, the issue persists in interpreting the provisions of UNCLOS. And the ensuing debate was not on the effect of the award but its effectiveness.

China responded to the ruling by calling it a ‘no big deal’, iterating that it was ‘nothing more than a piece of waste paper’.

For the same reason, the U.S. has also had apparent issues with China and the increasing weight of its navy. In June 2020, U.S. Secretary Michael R. Pompeo asserted navigational rights as a counter-weight to China’s expansionist ambitions. Last year, his statement cleared the U.S.’ position regarding China’s claim over the South China Sea. Pompeo said,

“The world will not allow Beijing to treat the South China Sea as its maritime empire. America stands with our Southeast Asian allies and partners in protecting their sovereign rights to offshore resources, consistent with their rights and obligations under international law.”

The Present: Why Is The U.S. Navy Asserting Control?

The 7th April episode by the U.S. Navy is a natural outcome of Chinese expansionist ideologies. But it is clearly not the first of its kind. The U.S. has admittedly conducted similar naval operations in the Indian Ocean nineteen times since 1991.

Freedom of Navigation is a well-recognised concept under UNCLOS. By patrolling within India’s Exclusive Economic Zone (EEZ’), the U.S. claimed to put its foot down on navigational rights. Therefore, trying to establish itself as the ‘world leader’.

Their incentive, however, to trumpet the occasion is unclear, especially in the background of the Quadrilateral Security Dialogue (QUAD) grouping, which was recently held in February and the United Stated hosted it.

To understand this intrusion better, it essential to comprehend the division of maritime zones under UNCLOS. The maritime zones are divided into three categories:

a.) Territorial Waters at 12 nautical miles,[3]

c.) EEZ at 200 nautical miles,[5] all are starting from the coastline.

As per UNCLOS, moving in ‘contagious zone’ and ‘EEZ at 200 nautical miles’ is considered ‘sailing on the high seas’.

But when it comes down to the EEZ, opinions on the ‘Right to Innocent Passage’[6]  under Article 17 diversifies.  Since the EEZ is part of international waters, the U.S. believes that limiting movement therein is ‘inconsistent with international law’.

Parties (and Non-Parties) to the Convention tend to lock horns over the interpretation of its clauses. For example, Article 19 clarifies the meaning of the ‘innocent passage’, along with exceptions. It is important to note that the proviso to Article 19 excludes military activities in the EEZ.[7] However, the U.S. warship patrolling off the coast of Lakshadweep was meant to symbolise a protest.

According to Eleanor Freund, an associate at Belfer Centre of Science and International affairs, the rationale behind the U.S. challenging the ‘excessive maritime claims’ is to prevent any alterations in the present law. The ‘purpose’ of the United States is to object to any overreach that ‘could limit freedom of the seas’. She defends the U.S. position and reasons,

India and the U.S. have had a running battle over the interpretation of UNCLOS. In its statement, the U.S. Navy deemed it unnecessary to seek prior consent from India. They argue that seeking consent undercuts the message of ‘Freedom of Navigation’. But this is another point on which both countries may agree to disagree.

Some states, including India, assert that military activities in the EEZ are subject to prior consent. India has signed a declaration in that regard while ratifying to UNCLOS. In its viewpoint, the Convention does not sanction other states to conduct military exercises without first notifying or seeking the consent of the coastal state.

However, the U.S. has embraced a self-proclaimed role of maritime policing on its own accord and often uses FONOPs to challenge China. In a statement, Dr Zbigniew Brzezinski, who was considered significant in building the US-China relations, said:

“The Freedom of Navigation Operations Program aims to limit excessive maritime claims that could limit freedom of the seas, claims of all states, friend and foe alike”.[9]

On May 20, China protested against the naval activity by the U.S. Navy Seventh Fleet for the second time in a row. The U.S. Navy accused China of asserting ‘illegitimate maritime rights’ over the South China Sea.

The Chinese People’s Liberation Army, on the other hand,  voiced issues with the ‘illegal’ intrusion by the U.S. navy in territorial waters surrounding Parcel island in the South China Sea.

Notably, U.S. President Joe Biden places the rule of law among ‘the most cherished democratic values of America’. This claim sounds like a sham, especially in the light of increased naval activity since the beginning of Biden’s term. His claim is also contrary to the fact that the US is not even a signatory of UNCLOS.

Clearly, the U.S. considers itself a ‘Sheriff of the Seas’, only without a badge.

UNCLOS is a commendable achievement as a system-specific treaty. It excels, especially at protecting the invaluable marine ecosystem and its resources. However, similar to any international framework, it is also subject to irregularities in interpretation and enforcement.

Today, taking a cue from the South China Sea crisis, the world sees an increase in ‘excessive maritime claims’. All of this leads to questioning the efficacy of UNCLOS as a dispute resolution mechanism.

Ideally, the effectiveness of the Convention should show in its universal acceptance. However, this can hardly be the case, especially when all states promote their own strategic interests and unilateral interpretations.

“(a) (i) disputes concerning the interpretation or application of articles 15, 74 and 83 relating to sea boundary delimitations, or those involving historic bays or titles, provided that a State having made such a declaration shall, when such a dispute arises subsequent to the entry into force of this Convention and where no agreement within a reasonable period of time is reached in negotiations between the parties, at the request of any party to the dispute, accept submission of the matter to conciliation under Annex V, section 2; and provided further that any dispute that necessarily involves the concurrent consideration of any unsettled dispute concerning sovereignty or other rights over continental or insular land territory shall be excluded from such submission.” 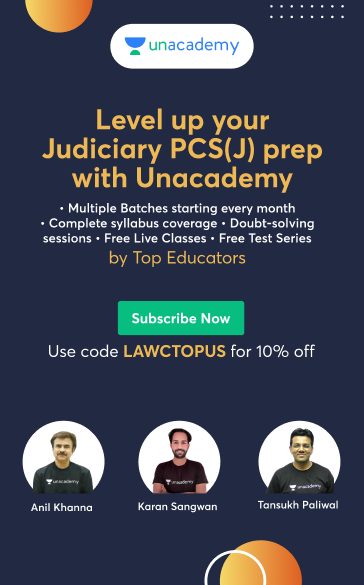