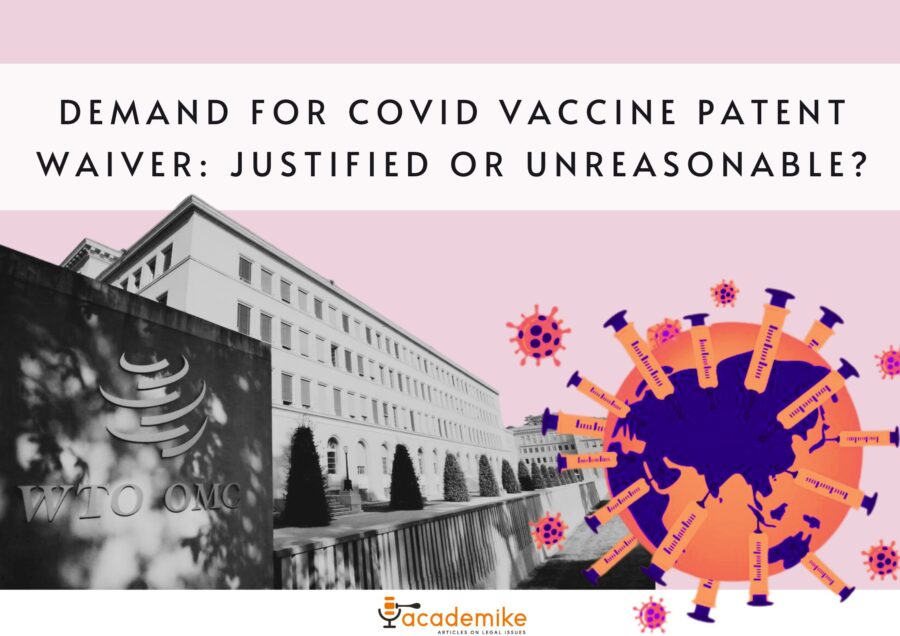 On June 14, at an inaugural session at the G7 Summit, India stressed for Covid vaccine patent waiver for the umpteenth time. India requested a lift of patent for the Covid-19 vaccine after the United States had offered to support the same in May. While the Council of TRIPS recently decided to hold a series of meetings till July to mull over patent wavers for the Covid vaccine, the push for the same got initiated in October last year. Although reasonable, the demand for a patent waiver by South Africa and India caused quite a stir among pharmaceutical companies and wealthier nations. Nishtha Mittal breaks down the meaning and significance of intellectual property rights with respect to the Covid vaccine and its equitable distribution. She argues that amid a raging emergency, a middle path could offer a tangible solution.

‘Patent’ word derives its origin from the Latin word “Patere” which means to “open up”. Patent is an Intellectual Property Right that grants exclusive monopoly rights to the holder of the patent to use, manufacture, produce, sell and/or market the invention. Though patents provide an incentive to innovate but they also make it difficult for countries to keep health care costs low. Considering specifically pharmaceutical patents (product patents), monopoly rights to commercially exploit a drug may lead to high pricing of the drugs to recoup the R&D costs before expiration of term of the patent. Therefore, the issue becomes very significant because while patents are food for thought of inventors, it cannot be neglected that these do lead to high prices of drugs, thereby affecting the health of the society at large.

By Sushmita R., Christ Law College, Bangalore “Editor’s Note: Intellectual Property laws are one of the most complexed laws that exist today. India, in order to

By Rahul Deo, CNLU Patna Editors Note: In recent years, there has been an explosive growth in biotechnology research. The society has witnessed the completion