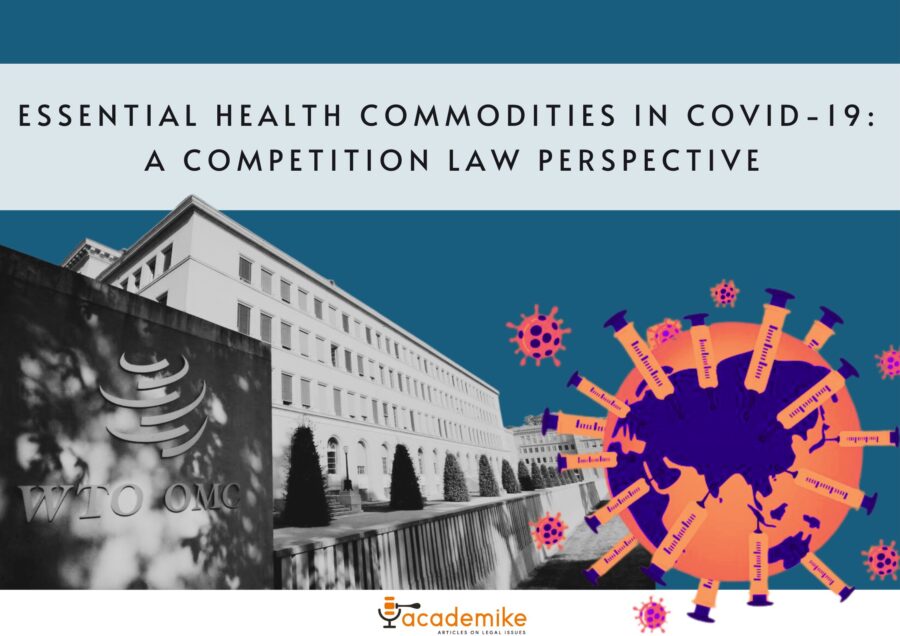 COVID-19 is a global pandemic that has wreaked havoc across everything that humans consider dear – from their lives, to their livelihoods. While there seem

Investors are often known as shareholders or members of the company. They contribute to the equity capital, have the voting rights in every matter and are entitled to get dividend. Protection of investors means safeguard and enforcement of the rights and claims of a person in his role as an investor. The same being of utmost importance, has been analysed in detail by the author in the following paper.

The fundamental attribute of corporate personality, from which all other consequences flow if that the corporation is a legal entity distinct from its members.This doctrine has been established for business efficacy, necessity and convenience. In the doctrine of ‘Lifting the Corporate Veil’, the law goes behind the mask or veil of incorporation in order to determine the real person behind the mask of a company. It is one of the most widely used doctrines to decide when a shareholder or shareholders will be held liable for obligations of the corporation and continues to be the most litigated and most discussed doctrines in all of corporate law. Therefore, a study of the same through the lens of leading case laws and judgements as done by the authors would be highly beneficial.

By Sneha Singh and Syed Ahmed, KIIT School of Law, Bhuvaneshwar EDITOR’S NOTE:- Competition law has been relatively under-developed in India.The need for the Competition

By Ayushi Singhal, NUJS Editor’s Note: It often so happens that when a law, whether in the form of an act, a rule, order or

Aditya P Arora RGNUL, Patiala “Editor’s Note: The author of the paper analyses the meaning of the per-se rule in Indian Competition Law, this is

Subhadeep Ray Choudhury School of Law, KIIT University “Editor’s Note: The paper deals with the aspects of the Indian Competition Act, 2002 specifically with the

Exclusive Dealing agreements are agreements to sell a product on condition that the buyer takes all or effectively all of the requirements of that product from the seller. Such agreements have possible anticompetitive effects, but may also have redeeming efficiencies. To understand completely the ambit of this concept under the Competition Act, there is a need to study the relationship between the modern day economic theory and vertical restraints as competition law is entirely concerned with the study of markets and markets do not function without the connotations of economics.

A cartel is a group of similar, independent companies which join together to fix prices, to limit production or to share markets or customers between themselves. An important dimension in its definition is that it requires an agreement between competing enterprises, not to compete, or to restrict competition. Therefore, the objective of a cartel is to raise price above competitive levels, resulting in injury to consumers and to the economy. This is why cartels are illegal under EU competition law and why the European Commission imposes heavy fines on companies involved in a cartel. A comparative analysis of the EU competition law with the Indian law would provide us with a better perspective on the issue.

One of the main objectives of competition or antitrust laws is to ensure that consumers pay the most efficient price coupled with the highest quality of goods and services they consume. However, when there are activities which hamper the competition, it has adverse effects not only for consumers but the economy of a nation as well. One way to hamper the competition and creating monopoly in the market is forming cartels. They allow small and inefficient competitors to join together at the expense of their customers, therefore, resulting in an antithetical relationship.

By Sarthak Behera, NUALS Editor’s Note:  INTRODUCTION The growth and development of the telecommunication industry in India has been tremendous. With new and cheaper technologies

By Pravesh Aggarwal and Narayan Prasad Editor’s Note: This paper attempts to analyze the two seemingly separate branches of law in connection with each other and

By Aditi, WBNUJS Editor’s Note:  ‘Microsoft’ has long been synonymous to dominant market position as far as the software market. And with dominance that long