The central government’s repulsion towards the inclusion of Other Backward Classes in the caste census in India has exposed the state’s casteist notions. Moreover, the tussle within BJP party lines and the push from the opposition has only politicised this demand. But the real question remains: why such a census is crucial? And how can OBCs claim themselves and their space through caste headcounts? Aeshita Singh presents a nuanced understanding of the caste census in India, explaining its need. She also highlights how the reluctance towards the same stems from the upper caste imagination of caste and an attempt to invisibilise it.

*Disclosure: In addition, the editor has made specific contributions to the text. For some time now, the demand to include Other Backward Classes (OBCs) within caste-based census has been doing the rounds. However, on July 23, the Central government slyly turned down this demand during the monsoon session.[1]  This refusal to include OBC within the caste headcount impedes growth or policy alike and cancels the party’s own election proverb of development.

Caste was first introduced in the 2011 census during the UPA government, but there were several contestations against it even then, posing that counting caste would further intensify caste discrimination. Thus, so far, India has only counted Scheduled Castes and Scheduled Tribes in the 2011 census.[2]

This debate has again raised questions of the administration of caste, politics and federalism, highlighting the casteist tendencies of the state.

However, unlike the repulsion during the 2011 caste-based census, this time, opposition and BJPs prime alliances are firmly voicing for OBCs’ inclusion in the caste census. For instance, on August 23,  Bihar’s Chief Minister Nitish Kumar and his team of 11 members met Prime Minister Narendra Modi, demanding an OBC caste census for the country.[3]

These developments beg why the caste census in India is essential, not just to usher policies targeted for those ousted by caste but also to give space to those who are often ostracised by the state.

This is not the first time the state has been hesitant of including OBC within the caste census. For instance, in 2018, Home Minister Rajnath Singh did declare having the first OBC count of India.[4] But, surprisingly, the draft of 2021 did not include any column for OBC’s.

But this time, the government came up with the vaguest and bizarre reason to not count OBCs in the census:

“This count will adversely affect the integrity of Census exercise”

In the past, the current government had introduced measures to benefit Other Backward Classes, but most of them were lost in thin air. For example, Prime Minister Narendra Modi, in July last year, proposed to increase the creamy layer income limit for the OBCs from 8 to 12 Lacs.

While this may look appealing at first glance, this change would be premised on an individual’s salary.[5] That means the move could push many families out of the scope of reservation, which defies the purpose of reservation in the first place. Furthermore, the National Commission of Backward Classes (NCBC) was allegedly against this idea of calculating household income through individuals’ salaries.

However, the members of the commission were forced into accepting this proposal.[6]

Another problematic move by the current government was introducing the Economically Backward Classes (EBC) quota in 2019, which got parliament’s assent right before the 2019 general elections.

The timing of this move made it quite apparent that the intention was not the betterment of the economically weaker section. On the contrary, the ulterior motive was to use this as election bait. Therefore, not only was this move politically motivated, but it was also constitutionally invalid.  Since, according to the Indira Sawhney judgment, making reservation policies just based on economic factors must render invalid.[7]

These instances also reflect how caste has been reduced to electoral advantages. Such politically motivated policies also reflect that the state’s reluctance to conduct a caste census, inclusive of OBCs, is not new. In fact, this reluctance follows from the danger to ‘annihilate caste’, further sketching caste lines.

The reluctance of the upper caste is not new. Even during British rule, most elite and upper castes (including the Dwijas: Brahmins, Banias, Ksatriyas, Kayasthas and Khatris) were opposed to the idea of having a caste census.

This inhibition stems from the false premise that they all were a small minority. Yet, despite this, the upper caste Hindus had a firm grip on every sphere, from the government to owning money and land.[8]

Dalit activists and Ambedkarites have made the same point. In the same vein, as sociologist Satish Pande has highlighted, the problem is also the post-independence ‘antipathy towards caste’ pervasive across party lines. According to him, this ‘antipathy’ or caste blind behaviour of the Indian state stems from the nationalist movement and a post-colonial reaction against colonial forms of discrimination.[9]

He saw the reluctance to include caste data as a result of ‘willful if well-intentioned neglect’. [10]  And the same analysis replays itself every time there’s a demand for caste-based data collection. Thus, the need for a cast census is met with the argument from the economic condition of Indian society.

Further, much opposition against the caste census in India seeks its reasoning from the colonial exercise of such census, which saw caste as a way to divide the society based on the varna system.

Gali Omvedt has written about this deliberate misconception of the upper caste who believe that the British exercise of counting caste during the colonial period ‘constructed’ caste in the first place. But contrary to this belief, she presents that this notion completely overlooks the pre-colonial practices of caste. (Omvedt 2011, 408) Further positing that the Indian elites were complicit in the colonisers’ exercise of counting caste to deepen hierarchies. (ibid)

Even now, the political class within the upper castes are opposing the caste census because it might reveal a lot of uncomfortable truths.

Kancha Ilaiah, a political theorist and social activist, in one of his pieces, wrote about the upper caste insecurities and gatekeeping in administration and education, among other fields. He wrote:

“All structures of administration in top institutions like the Indian Institute of Technology, the Indian Institute of Management, and the central universities are under the control of Upper Caste Hindus. The New Delhi administration, including the embassies located in foreign countries, are virtually run by them. After the official data of the caste gets released, even the Shudra ‘upper’ castes like Jats, Gujjars, Patels, Mahisyas will realise that they do not exist in any of the major administrative structures that run the country from Delhi.”[11]

Need of Caste Census in India

Many people have argued that we do not need a caste census because India needs to be caste free. This statement, apart from being foolish, also blatantly ignores BR Ambedkar’s views on affirmative actions. In ‘Who were the Shudras?’, Ambedkar wrote:

“If people have no idea of the magnitude of the problem, it is because they have not cared to know what the population of the Shudras is.”[12]  (Ambedkar, 9 1946)

In this essay, he wrote about the issues raised by upper-caste Hindus in 1932, when the Lothian Committee had confirmed that the ‘untouchables’ constituted about 50 million of the population. Most Hindu elites denounced the number or the existence of ‘untouchables’. But on the contrary, the term was later defined in the Government of India Act (1935). (Ambedkar & Rodrigues, 2002 340)

Ambedkar had recognised the role caste census plays in ascertaining the space to the lower caste in several of his works. He asserted that unless the ‘untouchables’ visualised themselves through data, census and other state technologies, Hindus would continuously ‘deny their existence, repudiating responsibility’. (Ambedkar & Rodrigues, 2002 350)

Moreover, several reports negate arguments that hinge on economic disparity rather than social inequality. So even the elitist and casteist justification against reservation or caste census falls flat.

The World Inequality Database, for instance, published a report in 2018 titled, ‘Wealth Inequality, Class and Caste in India’ (1961-2012). This report revealed some much-needed statistics related to the caste-wise distribution of wealth in India:

Thus, even an argument from wealth nullifies itself on the ground. This is because the upper caste Hindus are less than 20 per cent of the population but have accumulated 80 per cent of the wealth in India.[16]

Caste census in India is one of the ways to recognise and accept the wrench of discrimination. It is a way by which minorities can rightfully demand their social, political and economic standing. It can also do a lot to hold the government accountable for vaguely formulated policies.

For example, the recently passed 127th Amendment allowed the states to make their own state list of OBCs. This could also push the upper caste into the OBC list.[17] Hence, there are high chances of the upper caste Hindus/Muslims and others demanding to be declared ‘backward’ to enjoy an easy life with privileges. On the other hand,   if the census is calculated,  it will be a huge task to do so without errors, especially since there were about 82 million errors in the last census conducted in 2011.[18]

It is high time that the Central government stops making caste-based policies only for political gains. We desperately need this census as a tool to combat the inconsistencies in the current affirmative actions in India.

Like Omvedt argues, without recognising the issues, it will be a pointless exercise to make tall claims about economic and social security like the current government has. Until data collection recognises the ‘social problem’, the issue can’t be readdressed. (Omvedt, 2010 411)

It’s suitable to end with Omvedt as she succinctly puts forward the need for a caste census.

While she recognises that the same alone won’t bring a change or ‘annihilate caste’, she presses on its importance as the first step:

“…gathering information is a crucial foundation for the process. A caste-based census is thus a progressive step forward, one that will provide useful tools for understanding Indian society and taking policy steps to remedy the centuries-old and still-existing discrimination.” (Omvedt, 2010 414)

[1]No caste census other than SCs, STs: Govt, https://www.thehindu.com/news/national/parliament-proceedings-no-caste-census-other-than-scs-sts-govt/article35423654.ece, THE HINDUSTAN TIMES, (available at 05:57 PM)

[5] Dilip Mandal, How BJP is undoing three decades of Mandal gains and still getting OBC support, THE PRINT, https://theprint.in/opinion/with-creamy-layer-hike-bjp-undoing-3-decades-of-mandal-gains-getting-obc-support/456497/, (available at 04:36 PM)

[8] Kancha Ilaiah Shepherd, Upper caste networks of political parties are resisting caste census. But not for long, THE PRINT, https://theprint.in/opinion/upper-caste-networks-of-political-parties-are-resisting-caste-census-but-not-for-long/726540/, (available at 3:51 PM)

[15] Sandeep Saurav, Why a Caste Census Is the Need of the Hour, THE WIRE, https://thewire.in/caste/why-a-caste-census-is-the-need-of-the-hour  (available at 05:07 PM) 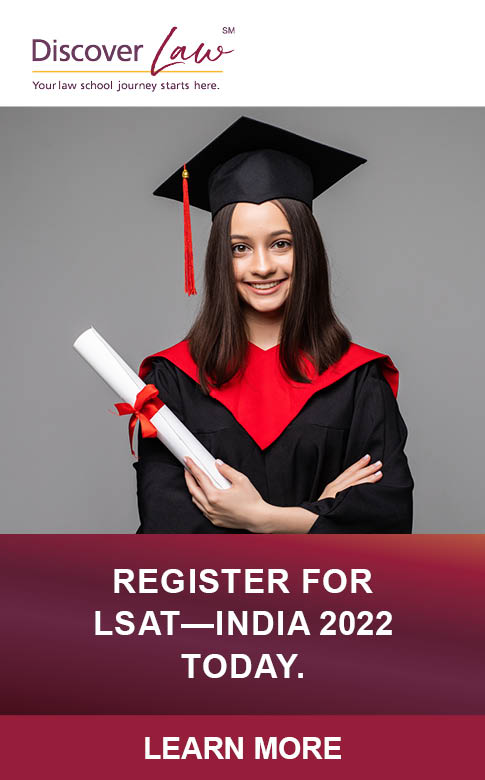