We have collated a list of the five best pieces that would give you an insight into myriad legal and social issues, including juvenile justice, acquisition and mergers and corporate social responsibility, among other subjects.

Most of these pieces analyse impending concerns that are affected by the law and vice versa.

Read and let us know if you liked them!

Functioning of Juvenile Justice Systems in India, US and UK: Explainer

Juvenile justice systems across the world promise more than they deliver. It is believed that juvenile justice is meant to rehabilitate children who have demonstrated forms of criminality. However, in India, juvenile homes have been called out several times for the lack of infrastructure or the quality of ‘care’ that the Act promises.

Even in the United States, many have questioned the racial discrimination ingrained within American policing.

Cross-Border Mergers and Acquisitions: Can They Be Sustainable in the Long Term

Cross-border mergers and acquisitions pose a unique opportunity to further globalisation and economic boom since the same is strategic and benefits both parties involved. However, mergers and acquisitions also present specific issues, for instance, layoffs, negative climate impact, foreign laws and taxes, cultural differences, among other things. Therefore, it’s even more important to understand whether they offer a sustainable model of development.

Corporate Social Responsibility in India: A Constitutional and Theoretical Commentary

Over the past years, corporate social responsibility in India has acquired legal and social significance. Several sustainable outcomes have come from CSR activities in India and elsewhere. Despite that, many view it as an obligation and impediment. While the expectations from businesses and corporates have increased beyond profit margins, many have contested the mandatory effect of CSR on small businesses.

Sneha Sengupta presents a nuanced debate on CSR from a constitutional and jurisprudential standpoint. Arguing from the utilitarian principle, Sneha offers why laws on corporate social responsibility could bear dissatisfaction among corporates but remain essential.

Why Do We Need To Reconsider the 50% Ceiling on Reservation?

After the 127th Constitutional Amendment Bill got the President’s assent, many have argued against the 50% ceiling on reservation. The same, as discussed in the piece, exposes the fallacies of the legislature and judiciary.

Armaan Siddiqui asks why is there such denial for the exceeding reservations in states and UTs. Armaan also questions the Supreme Court’s resolve for being stuck on the Indra Sawhney judgment, which set the 50% ceiling on reservation.

Medical Negligence During COVID 19: Did We Successfully Implement Section 304 A IPC?

Medical negligence during Covid affected people who were already grieving the lives of their loved ones. This article will relook at specific instances where medical negligence cost lives. It will explain the meaning and use of medical negligence laws in India, citing several cases that serve as decent examples to be reapplied in Covid cases.

Aryaman Tripathi explains how Section 304(a) Indian Penal Code provided some respite to those subjected to medical negligence during Covid. 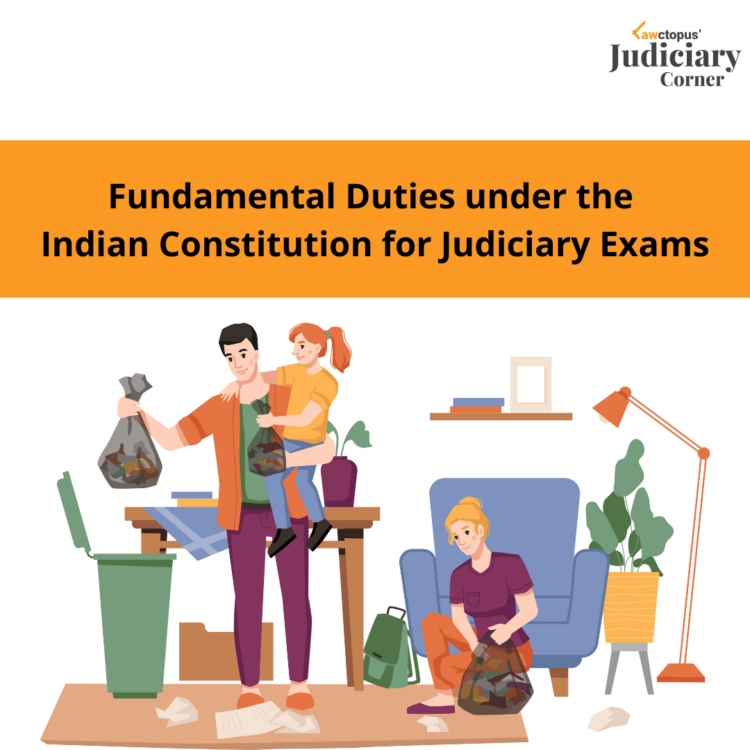 Fundamental Duties under the Indian Constitution for Judiciary Exams