It is not often that literature is kind to lawyers, either vilifying them mercilessly, or stereotyping them as the holier-than-thou humanitarians that, let’s face it, are about as mythical as unicorns.

Nevertheless, there have been a few exceptions. The following are five of them.

Tulkinghorn (Bleak House, Charles Dickens): Because Dickens had a cynical take on everything; he just couldn’t leave the legal profession alone now, could he?

He lashes out in Bleak House out with the malevolent, diabolical Tulkinghorn, one of his most despicable characters since Fagin.

Karma, however, does catch up and the man is murdered.

Dickens went all out and included a bunch of pretty nasty lawyers in this one, but Tulkinghorn takes the cake.

Harvey Dent (The Batman Series, Bob Kane): District attorney Harvey Dent goes from being altruistic, compassionate lawyer to diabolical, Batman-hating maniac Two Face on being disfigured by an acid attack in the midst of a trial.

His only redeeming quality is the man he once was. 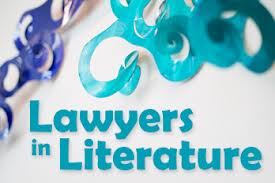 Perry Mason (Perry Mason Novel Series, Erle Stanley Gardner): Suave, debonair and with a flair for the dramatic, often bordering on ridiculous, Perry Mason is one of the most popular (and successful) lawyers in fiction.

Not the best works in literature, but great books to pick up a few tricks from.

Read at least a few to marvel at the fireworks Mason conjures up in court. Simply delightful!

Atticus Finch (To Kill a Mockingbird, Harper Lee Seven): Immortalized in the book that launched a thousand film adaptations, too good to be true lawyer Atticus Finch also turns out to be too unfortunate to win his case.

A very, very, very far cry from the lawyers of today, Atticus Finch represented all that once was good and noble about the legal profession.

(Yes, I purposely did not include Sydney Carter because (a) it seemed too biased to Dickens, and (b) because Tulkinghorn, in my humble opinion, is a much better written character.

All those who have read both Bleak House and A Tale of Two Cities will, doubtless, concur.)

In case you have a poem, a cartoon or a write-up to share, please do it here.