As we look forward to the New Year, it is important that we take with us the wisdom of the past.

This is an effort to identify the 6 most significant events that affected law students in 2014. Their order does not indicate any sort of ranking or hierarchy, and exclusion of other major events does not reduce their significance.

We hope that the law student community of India continues to grow and excel in any and everything it does in 2015! 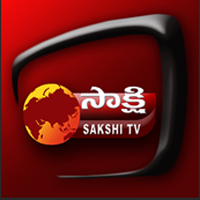 When NALSAR students celebrated their farewell party in 2013, little did they know that the jocund occasion was to turn into a nightmare by moral policing media agencies, led by Sakshi TV.

As per this report: Sakshi TV and many other news channels went onto air stories pointing out at the girl’s dress code and culture and demeaned them.

Or Wait! –Let’s put it this way – Little did Sakshi TV & the moral brigade know that messing with law students isn’t the wisest thing to do Particularly, if they were associated with one of the top law schools of the country.

Another lesson the moral brigade had to learn the hard way (ie. a one lakh NBSA-imposed penalty and a continuous apology for three days) in January this year, was that it isn’t cool to demean women who exercise their constitutional freedoms to enjoy a farewell party wearing clothes appropriate to the occasion.

2. Oxford Trolled by the Mother of all Moot Court Fiascos 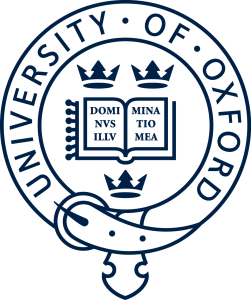 How wrong can organizing a Moot Court Competition go?

The Oxford India moot was to be organized by an unofficial but Oxford-supported alumni group.

As per Oxford University’s statement, the alumni group despite having cut-off any association with it, proceeded to organize the Moot in its name. Then, the never-heard-of-before-in-Indian-mooting-history crazies began to pour in – complaints of women participants being assaulted, cell phones being snatched, police involvement and even reports of an arrest.

Editor’s Note: It isn’t hard to mistake the complaints for a criminal law moot problem itself!

The madness complained of was compelling enough for Oxford to observe that “[i]t is important to us that anyone attending an Oxford-related event should find it enjoyable and of high quality . . . [w]here it is established that events have clearly fallen short of the high standards we expect, we will investigate criticism and complaints and take up relevant issues with the organising group.“

What lesson has this event taught law students? – Not all that glitters is gold, even a Moot seemingly organized by Oxford.

3. CLAT ’14’s Technical Discrepancies: The Emotional Roller-Coaster that it Caused 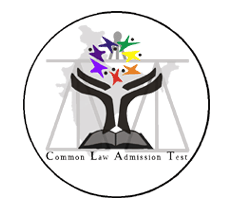 The CLAT results which were to be announced on May 31 this year were withheld due to technical discrepancies.

The world of social media was swarmed by a flurry of tweets and hashtag campaigns . . . not unaccompanied by the great Indian legal tradition of the open letter . . . and some even seeking intervention in the form of a probe by the newly-elected Prime Minister.

This glitch however, has not deterred next year’s organizers RMLNLU from announcing an entirely online process.

RML’s Vice-Chancellor confirms in this report, “Right from filling up the forms to the final fee submission, everything will be online.”

Though initial reactions welcomed such a move, only time will tell if such a move will increase transparency, particularly in an age where (both warranted and unwarranted) cyber-security fears prevail.

An internship with an Advocate/Judge may convince you that a District Court is the ideal place to start your career . . . A law firm may convince you to strive for the Big 3 .. or 4, or 5. Academicians may stress upon a top LL.M. as paramount.

Where does all this contradictory advise leave a law student?

Superlawyer.in, by compiling rich and detailed interviews of rookies and veterans in each career field, has empowered the law student to do with ease what was not possible before – Critical Career Path Analysis.

A range of interviews covering top advocates, law firm partners, academics and entrepreneurs . . . now facilitates a buffet-like menu with a range of delicacies to choose from.

Ever heard of a Law Journal that publishes a 6th issue of its 2nd Volume?

And top that up with the fact that it is yet to complete its inaugural year!

Academike went viral this year with scores of law students submitting articles ranging from the plagiarized form to the truly exceptional pieces.

Being centred around the idea that All Knowledge is Useful, it will be interesting to observe how this Journal adapts and evolves in 2015.

Will ease of access compel other Indian law journals to re-conceptualize themselves and openly publish content online?

The new year does hold a lot of hope for the Open Access Movement in Indian Legal Publishing.

6. Controversial BCI Direction: Evidences Empathy Deficit of the Regulator to its Roots

In September this year, the BCI issued law schools a direction to not allow law students to intern during the academic session.

Many of us (including Tanuj) spent hours deducing what could be the method behind such wisdom.

But, however noble the BCI’s intentions may have been, the consequences have been nothing more than harassment of law students by law school authorities.

Many believe that in law schools where top notch faculty is scarce, attending classes is a meaningless exercise.

They argue that the learning of theoretical concepts of law is over exaggerated in law schools, which makes it easy for lawyers to pay fresh grads taxi-driver-like-salaries trumpeting a lack of practical knowledge (often with great amusement and accompanied by a wide grin).

Many law students are disappointed in the BCI for allegedly pursuing policies which will do nothing more than perpetuate a system of exploitation of fresh graduates (and first generation lawyers in particular).

Whoever, may be right – the BCI or law students, one can only hope for an improvement in the relationship between the sower and the soil of the legal profession in the new year!